Home DafaultBlogNewsFreight Farms, Inc. Mentions One of Their... 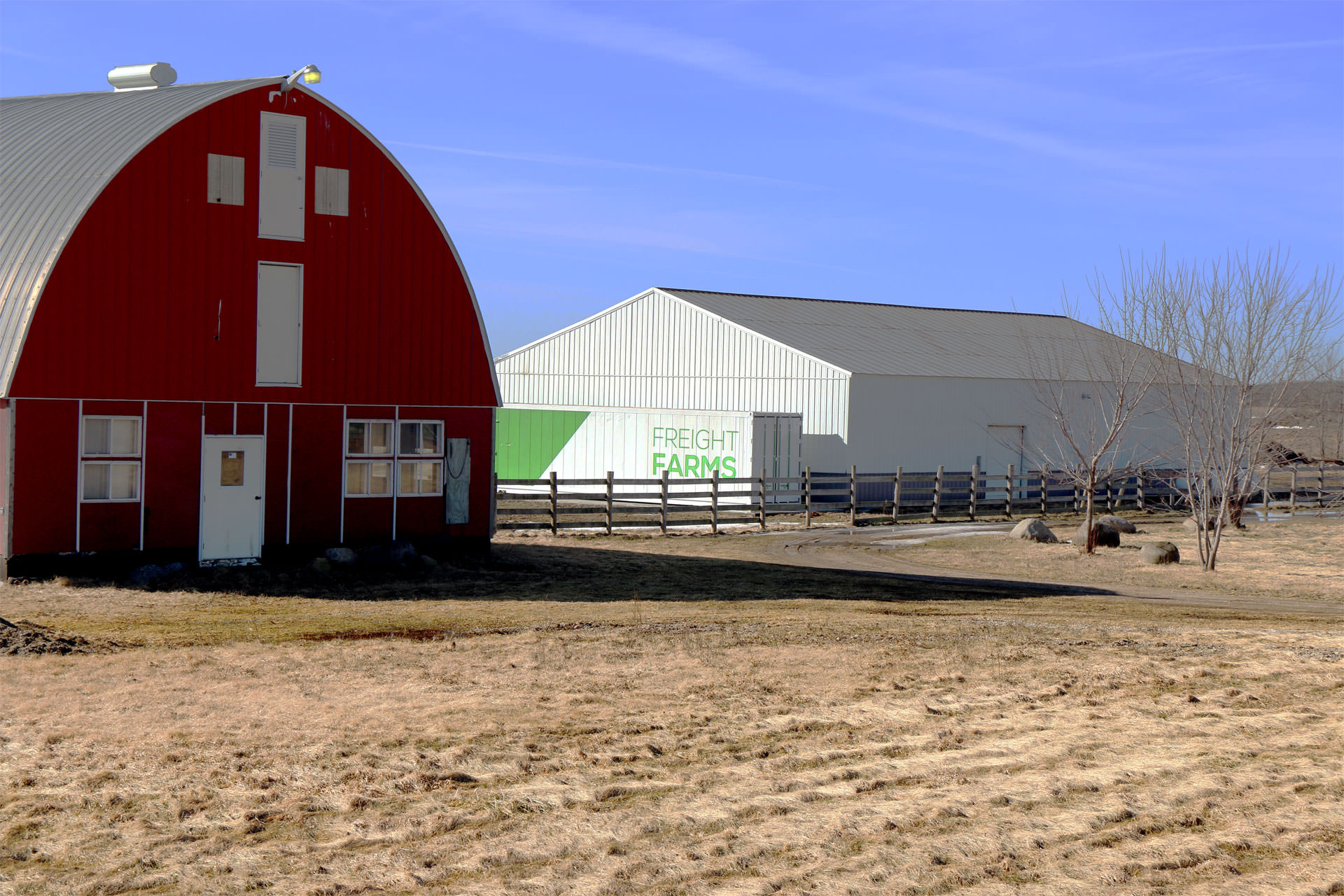 What do you usually picture when someone says “farm”? We bet you’re imagining a pastoral scene of rolling hills, maybe some grazing cows and a big red barn, right? Typically that isn’t the case for our freight farmers… until now.

Enter Sasha’s Farm Fresh. The company was founded by Dean Smith and has been up and running since December 2015, this new business has a strong mission that is poised to make a significant impact in the local community of Elkhorn, Wisconsin.

So how did Sasha’s Farm Fresh sprout up? Here is a quick backstory about what motivated a career change for this freight farmer.

Dean grew up in a Western Illinois farm town, working a variety of different farmhand positions as a kid. Even after graduating high school, he worked at a packaging facility for tractor assembly that exported combines overseas. But like many others who have roots in farming, he wasn’t able to continue it as a profession. For 30 years Dean pursued a career in logistics… perishable food logistics exports, including our U.S. Military Commissaries. to be specific.

During that time he became aware of just how fragile our national food supply chain had become, and was motivated to act as he watched large corporations swallow up independent farmers. He and his wife wanted to be a part of a solution, and it was time for a career change. Although Dean had not worked on a farm in nearly three decades, he and his wife felt that opening a small farm in addition to running the LGM was the right path. A perfect balance of traditional and futuristic.

Now, their Leafy Green Machine is juxtaposed next to the quintessential big red barn on a 4.5-acre farm, and it is a beautiful sight.

Sasha’s Farm Fresh is dedicated to growing fresh, pesticide-free, non GMO produce for the local community, including schools, universities, culinary institutions and local chefs. They are also in the process of applying for USDA GAP and Organic certifications.